More of a casserole, San Francisco Stew is dish that my Gramma would frequently make during our non-holiday get-togethers.  The brown sugar and bacon on top made it really appealing to my sister and I, because as you know, everything is better with bacon!  My mom said that years ago she used salt pork, which is very, very fat, so she started using bacon and we liked the flavor better.

This recipe came from my grandmother’s cousins Aunt Lottie and Aunt Rose. I’ve never seen a similar recipe, but when I started to make it and take it places, people really liked it.

And, by the way, I have no idea why we call it San Francisco Stew.

Original instructions from the Gramma Dorothy Cookbook: Gramma says, "Now I start my beans off right away, and keep cooking until they're done. Start them off in a lot of water, because they puff up pretty quickly, and as they boil down, add more water. Just keep them covered with a little bit of water ... you don't have to drown them. Now cook them until they're done, but not squishy, because they have to cook another hour and a half. Some people like to soak their beans overnight, and pour off the liquid and start cooking them from there, but I don't. But if you soak them overnight it takes half the time of cooking them. Fry your beef out in a pan until it's done.. Add beans and tomatoes. Kind of cook that together and get it all mixed up. Slice your onions real thin and start with onions. Now it all depends, you guys don't like so many onions, your mom told me that, so I'd only make 1 layer when I made this at your house. But the real recipe calls for two layers. So then you layer first onions, then the beans and beef, then onions again, and you end up with the mixture on top. Fry out your bacon on one side ... Francie and I decided that we would reduce some of the fat and grease that way, and put the fried side down over the mixture, and put however much sugar you like on top. Sprinkle it over the bacon. Bake at 350 degrees about an hour and a half until it's nice and cooked."

Hello and Welcome to SteveDoesFood.com!

The only training that most of the great cooks in this world ever received was at their Mother's (or Father's) knees.  Great cooking has been passed down for generations and has led to all the great cuisines on the planet.  I do not pretend … END_OF_DOCUMENT_TOKEN_TO_BE_REPLACED 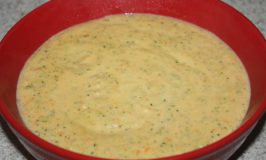 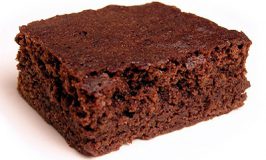 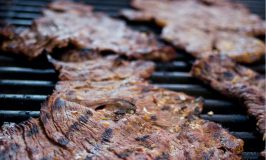 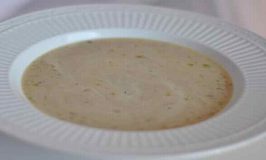